When it comes to rivalries, the Ford F-150 and Chevrolet Silverado have been locked in battle for years. F-150s hold the number one sales position, but Silverados always seem to be at number two. If you put them head to head, it’s really a continuum of performance choices and cabin comforts. Buying used allows you to look at these two hard workers side by side and discover which is right for you.

In 1999, Chevy introduced the Silverado. The new truck blurred the lines between the work truck and personal transportation. Up until then, the Silverado name was simply a model trim for the Chevy C/K trucks. The third generation, currently on the market, was first released in 2014, but there have been significant performance and feature enhancements since then.

Although the F-Series dates back to 1949, the F-150 nameplate made its debut in 1975. Perhaps it’s significant that Ford became the best selling pickup in 1977 and has held the title ever since. The F-150 became the best-selling vehicle, beating all cars, in 1981 and continues to hold that title despite Chevrolet’s efforts. In 2015, Ford released a new military-grade aluminum-based build. This made it lighter and more aerodynamic. While there was some doubt at first, the truck has proven itself just as tough as any steel truck.

Almost every year Ford is named the top truck brand by a major auto critic. U.S. News and World Report ranks them at number one this year. Yet Chevrolet isn’t without praise. Critics have lauded it for having the quietest cabin on the market. It earned the five-star federal safety rating several years before Ford caught up. JD Power has given it the Highest Ranked in Initial Quality Award for two years in a row, and Consumer Guide Automotive has honored the Silverado as the Best Buy among large trucks.

In 1998, the Silverado offered a 195-horsepower V6 and a 270-horsepower V8. Today, after years of improvements, you’ll find EcoTec turbos that improve torque levels and horsepower without sacrificing fuel economy. Today’s V6 generates 285 horsepower and 305 lb.-ft. of torque, besting the 1998 V8. Meanwhile, today’s V8s produce 355 or even 420 horsepower. The top torque rate is 460 lb.-ft.

You are invited to examine our selection of used Ford F-150s and Chevrolet Silverados online. You can also contact Atlanta Luxury Motors Kennesaw or just stop by for a test drive.

BLUETOOTH?
Yes- Available on most models. 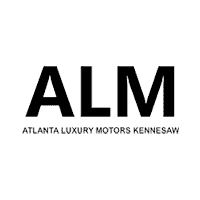